Our Principal Solicitor is considered a leader in the area of Extradition Law in Ireland with a reputation of always promoting and protecting the interest of our clients.

We have access to translators and the best expert services which enable us to provide strong and accurate advice in a language of the client’s preference. We are unrivalled with superb relationships with NGOs and experts notwithstanding our membership of several European and International legal advocacy groups.

Extradition is the process by which one State seeks the transfer of an individual from Ireland in respect to Criminal Proceedings. Extradition cases are generally brought by the Minister for Justice and Equality on behalf of the issuing State under the European Arrest Warrant Act 2003 or the Extradition Act 1965.

We have represented many Respondents who have been subject to Extradition proceedings before the High Court. This is an area of law whereby there are limited grounds to object and prevent the request by the issuing State, particularly involving European Arrest Warrants (EAWs), whereby there is a mutual understanding and a presumption of extradition amongst EU Member States.

In circumstances whereby surrender has been inevitable we have successfully obtained assurances by the issuing State before any transfer takes place. Notwithstanding this, where instructed, we have aggressively opposed applications and have had noted successes in particularly Extradition cases to Asia and EAWs (as then was) to the United Kingdom.

Our Principal Solicitor was the leading Solicitor in the controversial Polish case of Artur Celmer (Ireland v ‘LM’ CJEU 2018/586) which temporarily stayed all extraditions throughout the European Union and further afield to Poland arising from the attack on the independence of the Polish Judiciary. This case acted as a catalyst to raise international awareness on the erosion of the separation of powers in some Eastern European States seeking to avail of EAWs.

Mr Mulholland Solicitor has again appeared before the Grand Chamber of the Court of Justice of the European Union (CJEU) in Luxembourg in another high profile case, namely that of Salman Shahzad (SD v. Governor of Mountjoy Prison & Ireland 2021/479). On this occasion arising from the legal issues involving extraditions to the United Kingdom following Brexit and the UK withdrawal from the EU.

Cases of this calibre is testament to the fact Mulholland Law fearlessly represent our Clients and always aim to protect our Client’s best interests.  If you seek reputable legal advice on Extradition  matters seek the services of Mulholland Law. 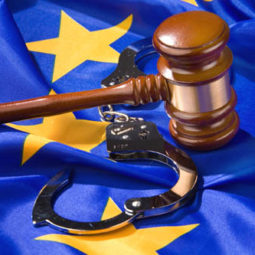