Our Principal Solicitor is considered a leader in the area of the Trade & Cooperation Agreement (Extradition to UK).

On November 16, 2021, the Court of Justice of the European Union (CJEU) ruled, in the Case C-479/21 PPU Governor of Cloverhill Prison, that Withdrawal Agreement provisions “concerning the European arrest warrant regime with respect to the United Kingdom” and the EU-UK Trade and Cooperation Agreement (TCA) provision “concerning the new surrender mechanism” are binding on Ireland. According to a CJEU press release, the case concerned two fugitives arrested in Ireland who contested their extradition to the UK. The case eventually reached the Irish Supreme Court, which referred the case to the CJEU to determine whether the relevant provisions in the Withdrawal Agreement and the TCA are binding on Ireland, particularly in light of Protocol No. 21 (see page 295 here), which permits Ireland to choose whether to opt in to, inter alia, the European arrest warrant regime and surrender mechanism provisions.

The CJEU examined the legal basis of both the withdrawal agreement and the TCA, and ruled that the provisions of both treaties are binding on Ireland. First with regard to the withdrawal agreement, the CJEU explained that the conclusion of the withdrawal agreement by the EU is solely based on the Article 50(2) TEU, and as a result, Protocol 21 does not apply. Therefore, the CJEU concluded that as per the Withdrawal Agreement, the EU law, including the Framework Decision on the EAW, applies in the UK during the transition period. Second, with regards to the TCA, the CJEU explained that the legal basis of the TCA is solely Article 217 TFEU, and as a result, Protocol 21 does not apply. The CJEU concluded that as per Article 217 TFEU the EU is competent to include provisions, including those regarding the AFSJ, in the TCA, and such provisions are binding on Ireland. 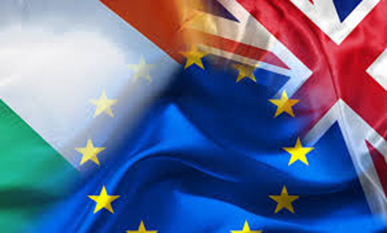