Ciarán Mulholland was educated at St Mary’s Christian Brothers’ Grammar School in Belfast and read law with Irish Language at Magee College of the Ulster University, graduating with Honours in 2008.

Ciarán has worked in the legal profession continuously since 2007 with some of the UK and Ireland’s most prestigious Human Rights practices to include a ‘Ranked Number 1’ law firm in the world famous Chambers and Partners Guide. Our Principal is dual-qualified and has been called to the Roll of Solicitors in both jurisdictions on the Island of Ireland. Ciarán has extensive experience in Criminal Defence, Civil Litigation, Extradition and Regulatory matters. He frequently represents clients at Police Stations and headed up the Superior Courts and Trial Section of a leading Dublin City Law Firm as a Partner for several years before embarking on his pursuit of MulhollandLAW, recognising a gap in the legal market for a fresh outward-looking practice.

Ciarán was one of the first Irish solicitors to participate in the ‘SUPRALAT Project’, dealing with strengthening suspects rights in Garda interviews, delivered by the Law Society of Ireland in conjunction with Maastricht’s University.

He has continued with his professional development and has acquired further qualifications with a Professional Certificate in Data Protection Practice and a Certificate in Mediation certified by the Mediators’ Institute of Ireland (MII).

Ciarán has assisted the Law Society of Ireland to integrate Regulatory Crime Crime into their Criminal Litigation Professional Practice Course (PPC) for apprentice Solicitors and continues to serve the Law Society as a Tutor. Ciarán has published several academic articles dealing with miscarriages of justice, police use of force and draconian legislation dealing with the covert interception of citizens data.

Away from the office Ciarán, being a Gaeilgeoir, is an advocate of Irish Language Rights and a GAA enthusiast whereby he continues to support his GAA Club at youth levels and local community organisations and charities. 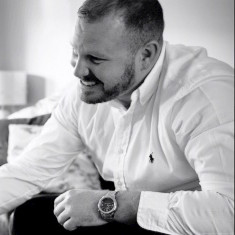 MulhollandLAW are a vibrant boutique litigation law firm offering progressive and robust legal representation to those we serve. We provide leading and diverse experience with an innovative approach ensuring optimal results.